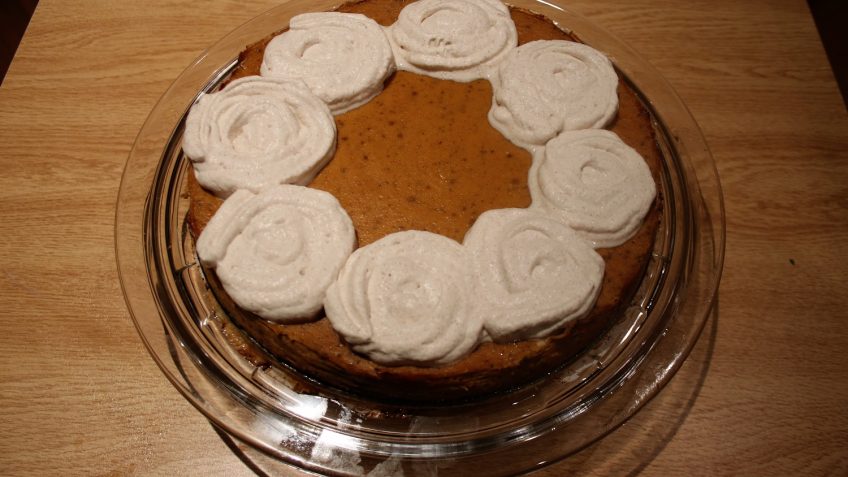 There are two oven temperature settings for this recipe. Please follow the instructions for best results.

Explanation why the pie is done when the center is still jiggly:

When you take out the hot pie and let it cool to room temperature slowly, the pie filling continues to cook as a result of its own heat. If you bake the pie until the center is firm, two things will happen: first the entire pie will be overdone when it is cooled, and second it will probably get a crack though the center. Neither of these are desirable! So take the time to make this ahead, and plan to let it rest for at least 4 to 6 hours before serving. Ideally, it is a very good idea to make both the pie and the Cinnamon Cream the day before. Why you may ask? The answer is very simple, the spices used in both the pie and cream are very aromatic and flavorful. It takes time for these spices to infuse properly and to flavor the fats in both the pie and the cream. This pie will taste amazing after several hours, but you will be amazed how much BETTER it will taste if you make it the day before, and after the pie has properly cooled you refrigerate until you to serve. It is best to add the Cinnamon Cream swirls shorty before serving, for best effect.