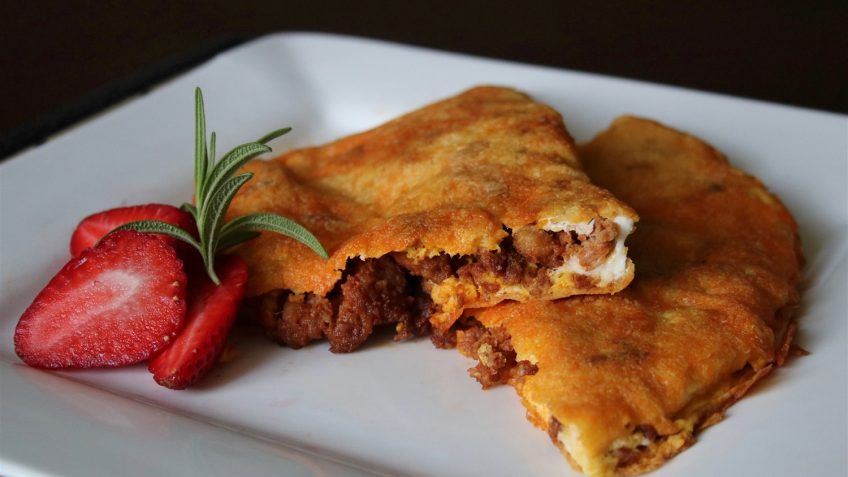 You will get much better results with a non-stick skillet.

For some reason, a stainless steel skillet, even when you have coated it with lots of oil or butter, still makes it hard to fold the omelette. When I used a stainless steel or cast iron skillet, the cheese stuck to the bottom, and when I tried to slide my spatula under the egg and cheese it always tore or stuck.

What is the origin of chorizo sausages?

Catalonia, a region in northern Spain, is considered the origin of chorizo sausages. The Spanish version does not have peppers, which originated from Mexico and Central and South America.

The chorizo sausage was introduced into Mexico when the Spaniards brought pigs with them.