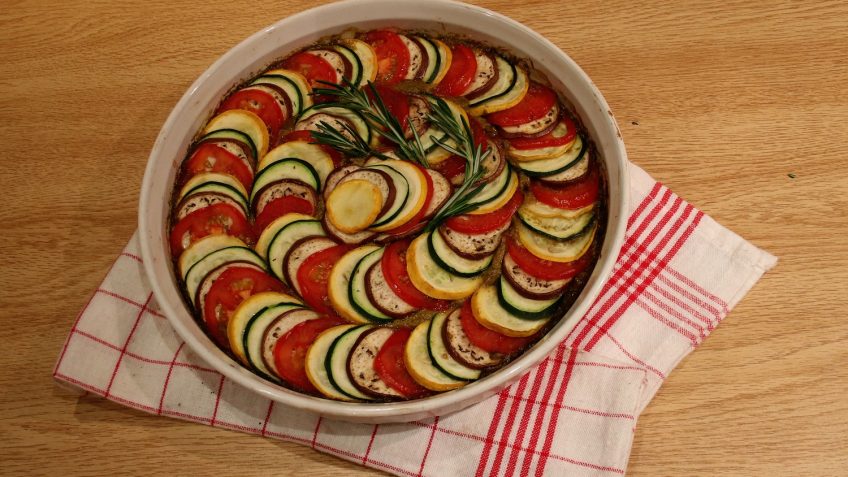 For the Pixar movie Ratatouille, Brad Lewis asked American celebrity chef Thomas Keller to create a version of ratatouille that he would serve to the world's most famous food critic. Keller decided he would make the ratatouille in confit byaldi form, and fan the vegetable rounds accordion-style. (wiki article on Ratatouille)

The sauce (piperade) is a variation from the traditional to reduce carbohydrates and to add more nutrients with the addition of Italian parsley/cilantro, fiber with celery, and healthy fats with the melted butter.

I hope you try this impressive looking but so easy all vegetable side dish.