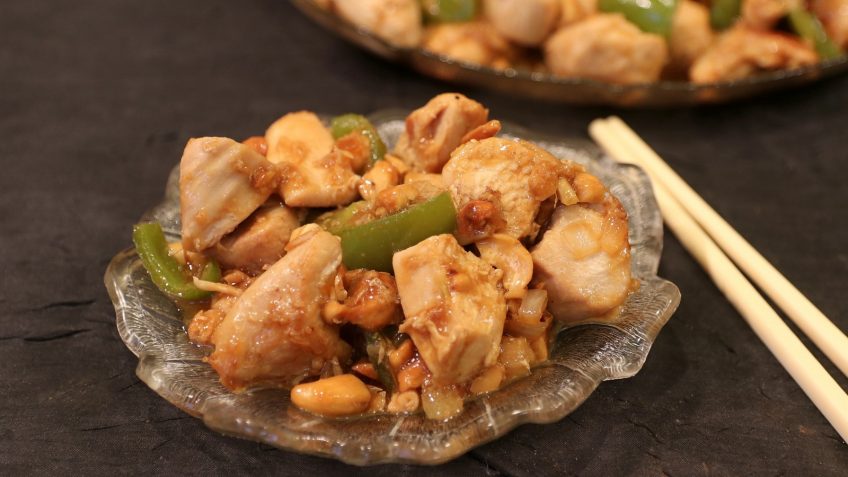 Serving sizes are based on the weight of raw meat per serving. The final serving weight will be more, because of all the other ingredients added to the recipe. Begin by determine how many servings you would like to make, and how much meat you need per serving, and then start with the cubed chicken.

Here is a guide for keto portions of meat/protein-based ingredients (rounded to closest whole number):

Please remember that you should calculate how much protein you can eat based on your muscle mass. If you eat more meat than your body can process per meal, the extra meat protein will be converted to blood glucose by the liver.