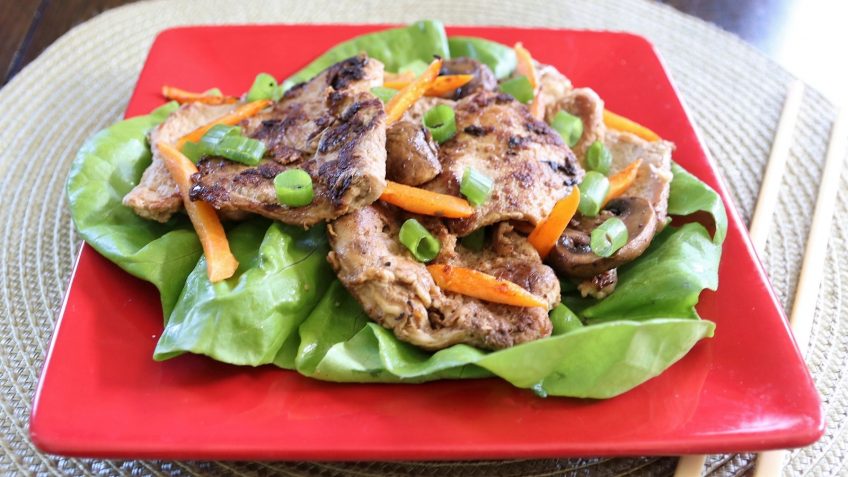 For best and most economical option, buy an entire pork loin and place in the freezer for about 1 hour. The chilling will make it much easier to cut into about 0.5 cm or 1/4 inch thin sections. If you cut an entire pork loin, marinate all the meat and, when marinated, weigh into single serving quantities and place into labeled and dated freezer bags. When you are ready to use the frozen Spicy Pork Bulgogi, take out of the freezer and allow to thaw in the refrigerator overnight.

Always allow the meat to come to room temperature so that it will fry evenly on the outside and inside. If the meat is cold, the outside will brown faster, and the inside may not be cooked as desired.