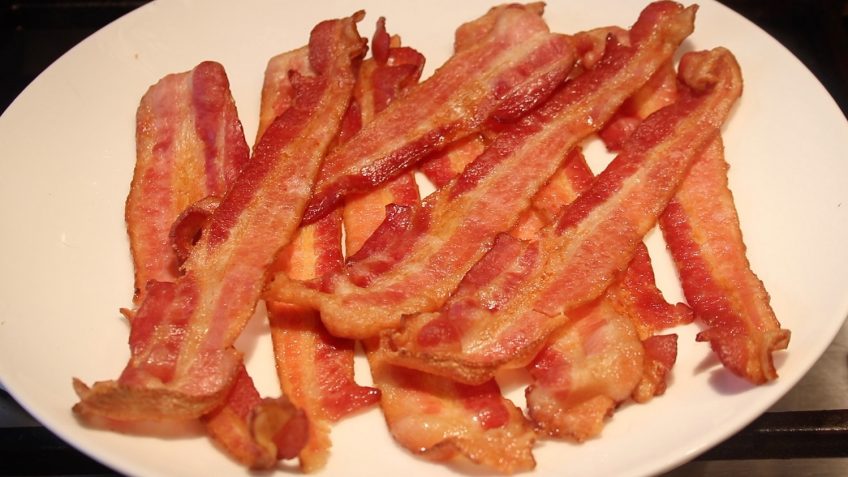 How to make perfect bacon in the oven

If cooking just for myself and I only want two or three slices, I use a skillet instead.

Then why cook bacon in the oven?

Something I am beginning to do more often is that I buy a nice slab of pork belly and get the butcher to cut it into strips the same thickness as prepackaged bacon slices. When I am about to do the oven preparation method, I lightly salt both sides of the pork belly slices, then let them sit for about 10 – 15 minutes before proceeding. Using pork belly in this way I can control the ingredients added to the “bacon.” This is very important to me as a diabetic because so many packaged bacon strips have some form of sugar added. Also, if you like, you can flavor the pork belly strips with paprika or you can make your own maple flavoring if you are being carful of your carbs and sugar levels. To make the maple flavoring I combine about one teaspoon of melted unsalted butter and one teaspoon of maple flavor extract, and if my children want it sweeter, I add one teaspoon of monk fruit based sweetener. Mix the ingredients well. After arranging the pork belly strips on your rack, using a silicone brush, spread a thin layer on the upper side of the pork belly strips. The rest is as described above. The pork belly strips are more like pancetta, which in my opinion is like uncured bacon.